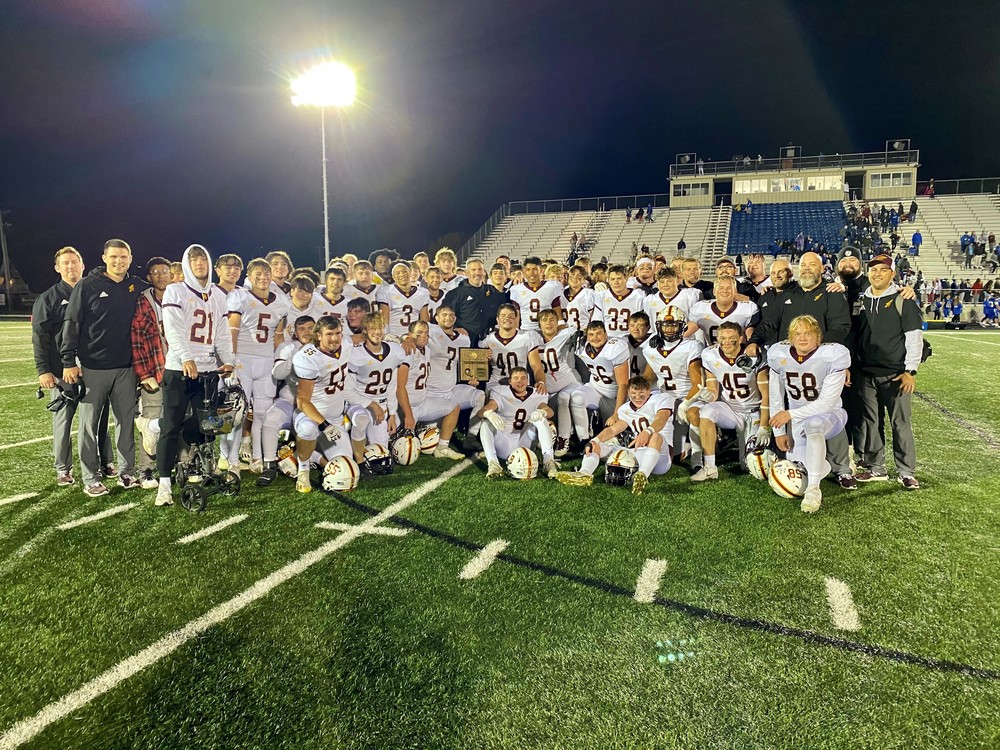 The 2022 Head Coaches, announced earlier this year, are Basehor-Linwood’s Rod Stallbaumer for the East and Wichita Collegiate’s Troy Black, leading the West.

The Assistant coaches for the East team are Clint Rider (6A – Blue Valley Northwest), Jason Feeback (5A – Spring Hill), Rick Pollard (4A – Piper), Neal Philpot (3A – Girard), Derick Hammes (2A – Rossville) and Jeff Schneider (1A – Jefferson County North). The East coaching staff had a combined record of 66-12 in 2021, including State Championships from Rider and Hammes. The East staff has a combined six Kansas Shrine Bowl coaching appearances, Derick Hammes served as an assistant in 2016 and returned to lead the East in 2017. Rod Stallbaumer is at the helm of the East for the second time, after serving as the Head Coach in 2009 while at Lyndon. Stallbaumer also assisted the East in 2008, 2014, and 2021. The East coaches also include two former players, Derick Hammes (1989 East, Nemaha Valley) and Neal Philpot (2000 West – Norton).

"One of the best things about coaching in the Shrine Bowl is the opportunity to work alongside and learn from a great staff of coaches.  I know each personally and I couldn't be more excited to work with them,” said East Head Coach Rod Stallbaumer. “They have been exceptional leaders of their own programs, are men of high character and will do an excellent job leading our East squad this summer!"

Assistant coaches for the West team are Ene Akpan (6A – Wichita East), Tony Crough (5A – Hays), Steve Warner (4A – Buhler), Jordan Echer (3A – Concordia), Brad Gober (2A – Beloit) and Lance Sawyer (1A – Inman).  The West Coaching staff had a combined 62-19 record in 2021, including two State Runner-Up finishes in Beloit and Inman. The staff also has a combined four Kansas Shrine Bowl coaching appearances. Head Coach Troy Black returns to the Kansas Shrine Bowl sideline after serving as an assistant in 2021 and 1999 and Buhler’s Warner will return after stints in 2009 and 2014. Hays High’s Tony Crough also returns to the Kansas Shrine Bowl after playing for the West in 1999 out of Garden City.

“I am very honored and humbled to be selected to be the West Team Head Coach.  This game is not only such a great opportunity for us to play and coach the game we love, but to do it for a much bigger reason and purpose,” said West Head Coach Troy Black. “The relationships with the players, coaches, and support staff and the experience with the Shriners and Shriner kids have been life-changing.  I have the utmost respect and admiration for what the Shriners and Shriner Hospital provide for families in our state, and I cannot be more honored to be participating in the 2022 game.”

“We are very excited about the great coaching staffs elected for this year’s game,” said B.J. Harris, Executive Director of the Kansas Shrine Bowl. “These coaches have more than 900 wins and have coached in more than 1,500 high school football games. I am confident that these coaches understand the challenge they have before them and are ready to lead our teams. Ultimately, each coach understands our purpose and that’s why they have committed themselves to this game.”

All Shrine Bowl events are produced and presented to benefit Shriners Hospitals for Children, now known as Shriners Children’s.  Shriners Children’s offers care for a range of orthopedic issues, as well as care for burn injuries, craniofacial conditions, spine care and spinal cord injuries, colorectal and gastrointestinal care, and sports medicine. Children up to the age of 18 are eligible for care and receive all services in a family-centered environment, regardless of the patients' ability to pay. The 49th Annual Kansas Shrine Bowl will be played at Carnie Smith Stadium, on the campus of Pittsburg State University, on Saturday, July 23rd, 2022 at 7 p.m.

Additional information is available at www.kansasshrinebowl.com or by calling 913-602-8656.

Media selection is underway with the annual Kansas Shrine Bowl Player Selection Show set to air on Saturday, January 1st at 11 a.m. The show can be watched at www.KansasShrineBowl.com or www.Youtube.com/KansasShrineBowl.

The game has been played throughout Kansas each summer since 1974. Host cities have included Lawrence, Manhattan, Wichita, Topeka, Hays, Emporia, Pittsburg, Dodge City and Hutchinson.