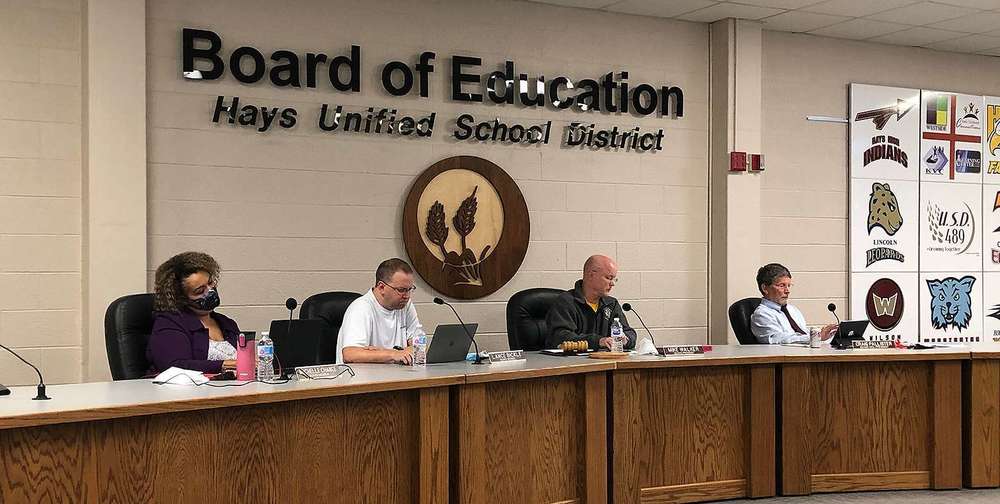 The Hays USD 489 school board voted unanimously Monday to form committees that will help plan another bond issue.

"I think this is a logical next step if this is something the board is interested in — to look at what might it look like to form some committees," Superintendent Ron Wilson said.

The district will be forming three committees to help develop a bond issue.

Wilson said he hoped to have the first meetings of those committees in June.

The process would be similar to what DLR,  the district's architectural firm, helped facilitate four years ago. That bond issue failed. The school district has not passed a bond issue in more than 30 years.

The board has not developed a specific plan for the bond issue yet, nor has it set a dollar amount for the bond.

DLR suggested the district could shoot for a bond election as soon as April. However, school board members said Monday they are not tied to that timeline.

"I think there is a word in here that is important to stress, and that is possible April 2022 bond election," board member Tammy Wellbrock said. "There is some concern that we are going fast, but we are just getting started. There is no feeling of rushing.

"If it is not where we have the information that is suitable at the time, it is not on a vote in April. We would look at another time."

Wilson said he thought rushing would be an extreme term.

"It has been four years since your last bond attempt," he said. "You've waited a credible amount of time and made due with some facilities and issues we are hoping to address. Rushing is not in this."

Wilson said the process will have its critics.

"If every time the mailman heard the dog barking, he stopped in his tracks or changed direction, he'd never get the mail delivered," he said.

Board member Lance Bickle said he wanted to stress the vote Monday included no dates on a bond election. It was a move to get the ball rolling on gathering more information.

Wilson said during the KAYS Morning Show Tuesday anyone interested in the community vision team, should contact a board member or the district office. He said the district would have to limit the number of people on the vision team to keep the group manageable.