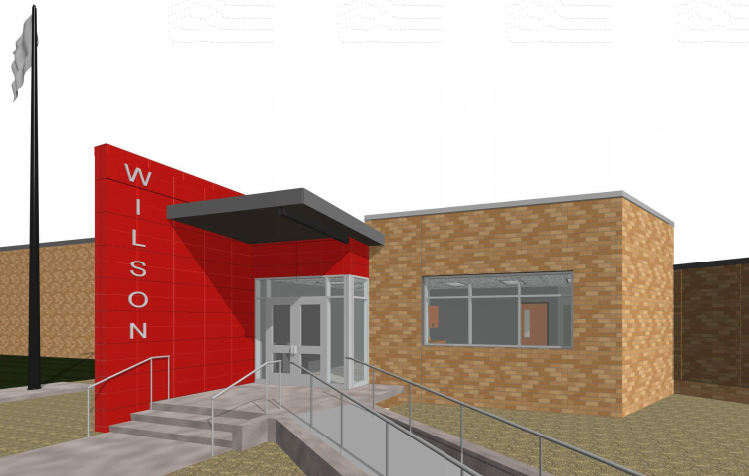 The Hays school board approved bids for four capital projects at its meeting Monday night.

The board approved a $782,000 bid from Commercial Builders for a secure entrance at Wilson Elementary School.

The project is adding square footage to the building, including a second staff bathroom and additional office space.

The USD 489 Foundation for Education Excellence contributed funds toward the project.

Work should start immediately, but the project likely will not be completed by the start of school in August, Superintendent Ron Wilson said.

Wilson is the last school in the district to receive a secure entrance with the exception of Westside school, which is scheduled to have an secure entrance installed this summer.  Westside's entrance is much smaller in scope than the Wilson project.

Board member Tammy Wellbrock said she was pleased to see school security is being addressed.

The board also approved a bid of $149,000 from Nex-Tech for purchase of new security cameras at Hays Middle School and Hays High School.

Cameras are being added to increase the coverage at both schools. Some older cameras are also being replaced, which should improve image quality.

The board approved the purchase of new HHS band uniforms. The band program opted to purchase the uniforms from Stanbury at a cost of $59,000.

The uniforms will be paid for through money donated to the USD 489 Foundation, activity funds, money raised by the HHS fine arts department and USD 489 capital improvement funds.

School staff has had to make many alterations to the uniforms over the years to get them to fit all of the band members.

"You can image how devastating it can be for a student who wants to be in band, but we don't have a uniform that will fit them," he said.

"I think we're going to be set up for growth, and if we have someone who is 6 foot, 8 inches in band, they won't be rocking high waters," Rome said.

The uniforms should be delivered in time for the fall semester.

The board approved replacement of computers and monitors for staff at Rockwell, as well as the maintenance, transportation and technology departments.

The equipment will be purchased from Dell for $82,000 under government pricing.

Staff will likely bring bids on replacing some of the cable systems in the building to the board soon. The cables will be easily accessible this summer, as all of the ceiling tile in the building must be removed to work on the heating and cooling system, Wilson said.