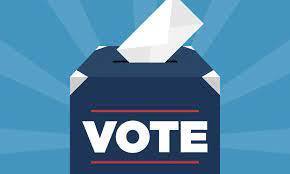 Bond support high in USD 489 survey, but board moving ahead slowly

Bond support high in USD 489 survey, but board moving ahead slowly

In a phone survey completed in March, 68 percent of respondents said they would support a Hays USD 489 bond issue.

Rick Nobles, president of ExcellenceK12, the company that performed the survey for the district, gave a report on the survey to Hays school board Monday.

Although not all the questions in the survey were specifically geared toward a bond issue, Superintendent Ron Wilson said this is the first step in what could be another bond attempt.

The district has not passed a major bond issue in more than 40 years, and two bond issues have failed in the last five years.

Nobles said he agreed with Wilson.

"What it says to me is that the patrons are happy with the district, but I do see some appetite among patrons to improve facilities," he said.

Wilson suggested the board have representatives of its architectural firm, DLR, present options on moving forward with a possible bond issue at the board's next meeting, which will be April 26.

Mike Walker, board president, said he wanted to move forward with bond talks, but slowly.

He said the board has yet to decide if it will even move forward with a bond proposal.

Three hundred people were called from a randomized list of both cell and landline phone numbers the survey company purchased of people who live in the district. All respondents also had to be registered voters. They were asked to give ratings of A-F on various aspects of the district.

Those letter grades were averaged with an A being a 5 and a F being a 1.

The district received high scores for student safety, quality education, and preparation of students for college, vocational training or employment.

Nobles said 4.31 was a very high score for quality of education and was comparable of what he has seen in surveys of Johnson County school districts.

The district's overall grade was a 3.98, which was a little bit higher than average, he said.

A 3.55 value for the tax dollars spent is the highest score Nobles said he has seen in five years.

Eighty-eight people people surveyed said facilities was an area that needed to be improved.

Ninety-eight percent of survey respondents said they would likely vote if the district put forth a bond in 2021.