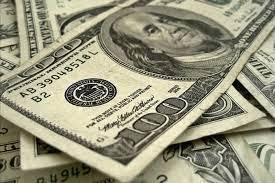 The Hays school board is facing a natural gas bill more than three times normal thanks to a mid-February cold snap that sent gas prices soaring.

Chris Hipp, assistant superintendent of business services, told the Hays school board Monday the district bill for February is $88,674.

In the last few years, the average bill for both February and March has been between $37,000 to $40,000. For that two-month period this year, the bill is $110,000, which is higher than the district has paid on average on an annual basis for the last three years.

Hipp discussed several payment options with the school board.

The gas company, Symmetry Energy Solutions, has offered to give customers a 5 percent discount if the bill is paid in full now.

The district could also pay over the next six months at a low interest rate through Symmetry.

The third option is to pay the statutory minimum for gas, which is $4.57 per unit, and then hire an attorney representing other schools through a coalition with Kansas Association of School Boards to negotiate for a settlement for less than the $88,000 owed.

The same attorney is also negotiating for Kansas hospitals and some other industries, Hipp said.

The cost to hire the attorney is $900. If the the attorney is unable to negotiate a settlement, the district would still have to pay the full bill, but would have missed out on the 5 percent discount Symmetry is offering for paying now.

The district delayed a final decision until it receives more information from the school board association.

Summers said some areas of the high school are not covered, and some areas could be covered better both inside and outside the building.

A two-way camera system at the entrance to the high school will allow the district to see visitors before they are buzzed into the school.

The new cameras will provide clearer pictures. Summers noted the current pictures are so blurry that it is almost impossible to identify a student unless staff knows what they are wearing that day.

At HMS cameras will be added in gym, cafeteria and library. Summers said some of the cameras at HMS are at least 20 years old.

Summers said the video from the cameras is typically stored for 30 days. However, district staff can bookmark a time code in order to keep that video for longer if it is needed.

Cable for the new cameras has already been installed at the high school as part of another project. Installation of the camera cables at HMS is included in the Nex-Tech bid.

The board also heard a report on the district technology audit and a report from Summers on replacing computers for staff at Rockwell, as well as the maintenance, transportation and technology departments.

This would include 81 computers. Summers said he is waiting to receive bids on the new computers.

The district is planning a summer reading program for K-2 students. A middle school summer program will focus on students who staff deem have academic deficits going into the summer. Summer school at HHS will focus on credit recovery, as it has in the past.

The district will be using some federal COVID relief funds for these projects. Parents who have students who may qualify for the programs will be notified soon.