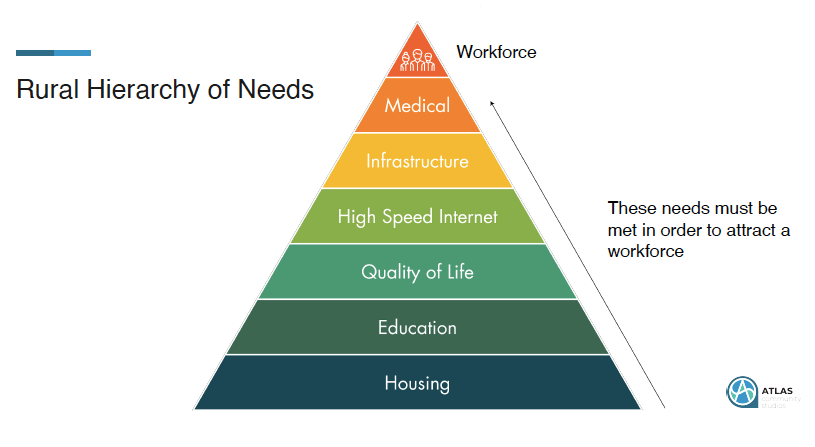 Aging school facilities may be having negative impact on recruitment

Aging school facilities may be having negative impact on recruitment

When potential businesses are recruiting new employees to Hays, they want to present a positive picture to candidates.

However, Doug Williams, executive director of Grow Hays, said the community is lacking in two of the most important factors that candidates and businesses consider when they come to a community — housing and educational facilities.

Ron Wilson, Hays USD 489 superintendent, said the quality of schools in Hays are good, but when visitors see aging buildings when they first come to Hays, it might not be accurately representing the quality of Hays' academic programs.

"I wouldn’t necessarily know that they would get a clear picture of really all the great things we do here," Wilson said. … "I have said this for a long time that we are judged a lot by our front door."

Hays has not passed a major bond issue in more than 40 years. Its oldest building — Lincoln Elementary School — is more than 90 years old. The school district has had two failed bond attempts in the last five years.

The board is scheduled to hear a report Monday on a community survey conducted by its architecture firm, what could be considered a first step in mounting another bond attempt.

Williams said the lack of up-to-date facilities can make it difficult for Hays to compete with other communities in western Kansas that have newer schools and athletic facilities.

Williams showed a pyramid of the rural hierarchy of needs for workforce development created by Zachary Mannheimer of Atlas Community Studios,  a consulting firm that helps communities with economic development.

A study in 1991 by Mark Glaser and John Bardo that studied the impact of quality of life, including schools, on recruitment and retention found of 891 business surveyed in Wichita, the quality of local public school systems ranked very highly for businesses in the manufacturing sector.

However, the authors noted the importance of school quality on retention and recruitment varied among business types.

Mark Hess of Hess Services, one of the top 10 employers in Ellis County, said he thought Hays does have an excellent education system and did not think that school facilities were a negative in new recruits looking to locate to Hays. He said housing was more of an issue for employees his company recruits to work in Hays.

Hays falling behind other communtities

Williams said he was in agreement with Hess that Hays has a quality education system, but as Wilson did, he expressed concerns about the "front door" impression employees and businesses might be getting of Hays schools.

"We do a good job of educating kids, but our facilities are not good at all. We haven't passed a significant bond issue in 40 years. We are falling behind other communities in that area."

Schools affect quality of life for everyone

When HaysMed is trying to recruit a doctor to the Hays, education is a big factor, Williams said.

"They are going to see we have significant problems with [facilities.] This community has not been wiling to invest in education the way other places have. It puts us at a competitive disadvantage."

Sarah Wasinger, executive director of the Hays Chamber and former USD 489 board clerk, had a similar assessment.

"When you are coming in from out of town looking at a school, you're not walking into a newly renovated or newly constructed facility," she said. "For some people, that is going to be the deciding factor as to 'Do I want to bring my kids here to school?'

"Maybe by looking at that physical plant, I might derive that the people in Hays don't care about education because they aren't willing to invest in facilities that match the quality and caliber of the education that takes place."

Wasinger said the quality of services in Hays, including health care, are tied to the schools.

" 'What’s in for me? I don’t have kids.' … Maybe they aren't fully vested in what’s going on in USD 489," Wasinger said. "The thing of the matter is we all have our health that we are trying to take care of. … That’s what should be what’s in it for me for those who don’t have students they are concerned about.”

Wasinger said she thinks it going to take a bond issue to fix the facilities and improve Hays' ability to recruit new businesses and employees.

Hays could take advantage of urban flight if only ...

Williams said the country is experiencing urban flight — and COVID has sped up that process, with technology making it easier for employees to work remotely in rural communities.

Hays would be poised to take some of that population migration if it were not for its lacking in those two areas of housing and education facilities, he said.

"Increased population is economic development in and of itself," Williams said, "Because people spend money and buy homes. They buy cars. They buy groceries. We are not where we need to be on that."

When the community is trying to recruit big box retailers or other new business to the community, they also look at education and education facilities.

"Our education system again pops up and becomes an inhibitor," he said.

"It is a huge part of economic development, and the last few months, it has become clear to me how big of a part it really is," Williams said.

Williams said he hoped that any future bond attempts by USD 489 would focus more on the relationship between the schools and the greater community's economic well being.

"I think if you look at the bigger picture," he said, "a vibrant local economy with a good education system is actually going to enhance the value of my property, enhance the quality of the community.

"I think that is an aspect of education that really hasn't been looked at in previous bond issues is the economic impact of what our education system has on our local economy. I hope the next time they go around, they focus on that a whole lot more because that is an important aspect of it."